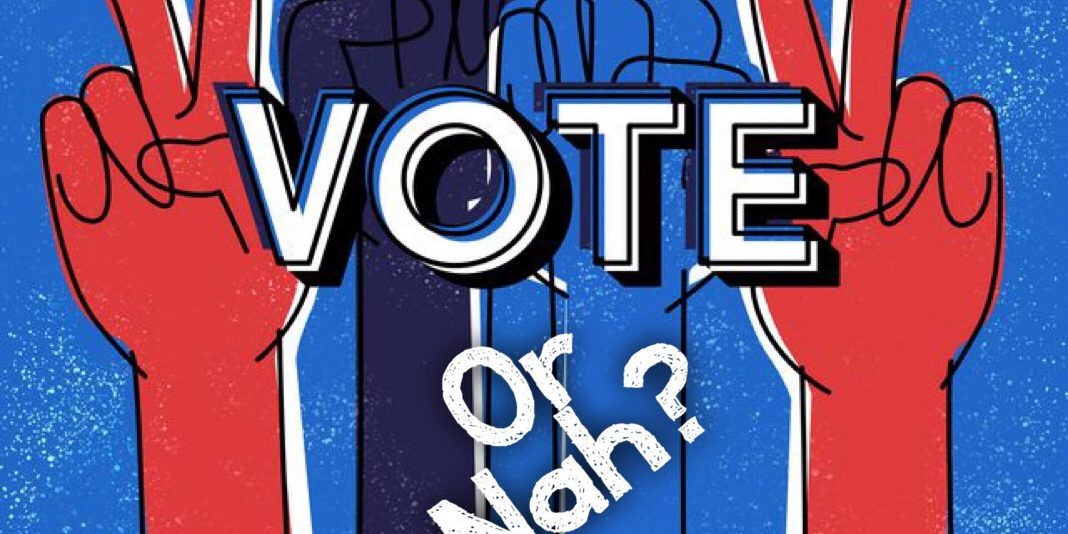 Last week on Nov. 6th, 2018 many US citizens took to the polls to do their civic duty and cast their votes in the midterm elections. Also last week (and every time voting seasons come around) social media erupted in vicious debates between voters and non-voters. It felt like this debate turned friends into foes, kids against parents, bosses against employees…MADNESS.

The question is – does voting really matter?? Is it to make people FEEL they are contributing to change or is it really creating that change? One thing I saw for sure. PEOPLE ARE TIRED. On BOTH sides. We ALL want change and vote or no vote we don’t see it happening in the way we want and in the timeframe we’d like. Promise after broken promise, lie after boldfaced lie, corruption after ignored corruption from top seats in state and federal government…what’s the right answer?

Some say to help make a change you have to vote. Some say you don’t have to vote to help make a change. I say BOTH are right. Change is change by any means necessary. If the people we elect won’t do it for us, we have to do it for ourselves AND we have to hold politicians accountable when they are failing us. Voting and not ever following up is the same as not voting. Not voting but staying in city, town, project, and education meetings making ACTUAL voices and concerns heard is the same (and I say maybe even better) than voting. And if we could ALL vote AND enforce accountability and change AND actually SEE it….WHEW! We’d have PROGRESS PEOPLE!!

Let’s not put the right energy into the wrong people and things. EVERYONE has the right to use their individual privileges as they deem fit. And man…if we would swell up on the politicians who swore to consider, address, and meet our community needs like we do the people in the same boat as us, we’d be so much farther along. They’d actually work like their jobs depended on it….because it WOULD.